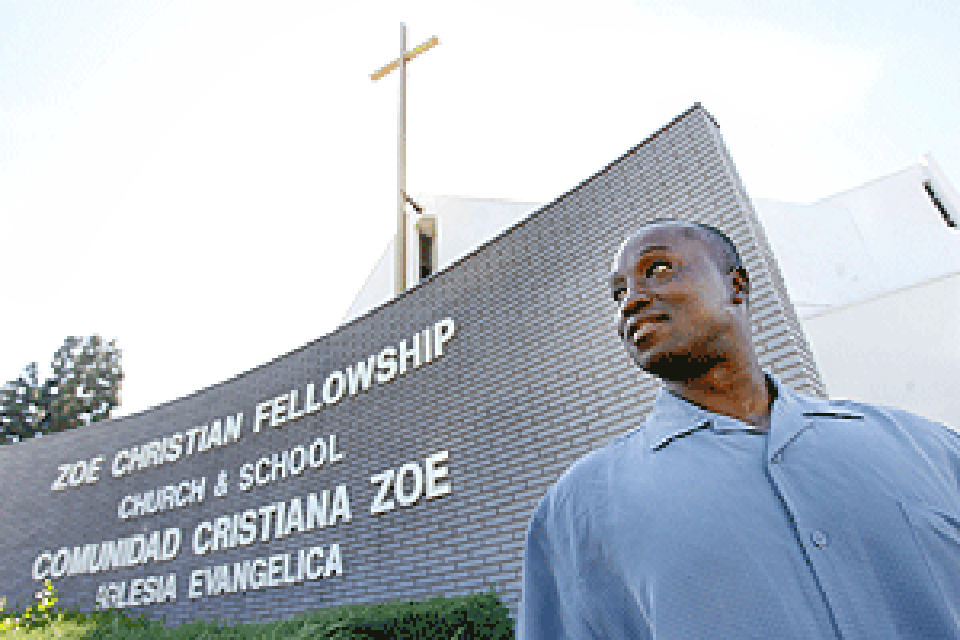 Success! Rainbow after the storm

Former Crips gang member Fredrick Dennis, 47, is now a ordained minister from the Catholic Rainbow Outreach home, where they help former convicts transform their lives through religion. Dennis now is now a youth paster at Zoe Christian Fellowship in Whittier.

“The government spends about $35,000 every year to house a single inmate,” said Ben Read, director of Catholic Rainbow Outreach, or CRO.

Established in 1978 by Read and his wife, LiVinia, Whittier-based CRO is a prison ministry providing free housing and job training to ex-convicts.

In addition to saving money, Read said CRO has helped redirect the criminal lives of many men like Fredrick Dennis, 47, and Joseph Nunez, 48. Combined, they have spent more than 35 years in jail.

Through religious inspiration, both men are using their criminal history as a tool for inspiration.

“I used to consider myself a street soldier, now I am a soldier for Christ,” said Dennis, now an ordained minister and youth pastor at Zoe Christian Fellowship in Whittier.”

Both men are graduates of CRO’s one-year curriculum.

In less than two years, they have managed to stay out of trouble and inspire others to do the same.

CRO Director Robert Villanueva, 70, said the goal is to help men become self-sustained by providing the skills they need to apply for jobs.

“They receive training in many fields like computers, carpentry and painting,” he said.

In order to become a resident of CRO, former inmates must be drug free.

“They must participate in volunteer service and complete at least three hours of daily Bible study,” Read said.

Under the California Three Strikes law, both men, if convicted of another serious crime, potentially face life in prison.

“I was a fool,” said Dennis, describing his past.

The burly African American said he was an original member of the Los Angeles-based Crips gang formerly led by co-founder Stanley “Tookie” Williams.

Dennis was arrested many times on drug and robbery charges.

Williams was executed in 2005 for the 1979 murders of four people, including Albert Owens, a Whittier 7-Eleven convenience store clerk.

“I shot two guys and I hit my brother with a knife in the head,” he said.

Fearing for his safety, Nunez, who had ties to the Mexican Mafia, refused to give an exact name of his gang affiliation or be photographed for this story.

Both said they plan to eventually become prison ministers.

“These men have made a complete turnaround,” Read said.

Taxpayers might be happy that these former criminals are no longer behind bars, but ironically, Dennis said no one is happier about his change than his former enemies.